Since the official reunification of Germany in 1990, Berlin and its surroundings have been undergoing a process of radical change. New constructions appear whereas old ones disappear or are left abandoned to decay. Too much of its old identity has been taken from them, so much is missing. Just like many people, objects felt out of place, industrial facilities suddenly lost their raison d’être and were abandoned.

For years I‘ve been fascinated by the subject of temporality and fragility, and in 2009 I started a photographic representation of this process. Once built with effort, used and having fulfilled its role, now forgotten and abandoned to a slow death… These photographs call up a certain hope for salvation. One last act of defiance against complete oblivion.

The photographs were taken with a Linhof Technika 4×5“ camera on old, expired Polaroid film. Then I scanned the transfer negative, which is usually discarded. Once scanned, the only retouch of the negatives was adjusting contrast and brightness, and they were not digitally manipulated in any other way.

Choosing the Polaroid transfer negatives was a conscious choice. Polaroid film confers the photographed object a charming chromatic instability on its own. Using the transfer negative results on a more ambiguous representation, so that the state of advanced decay is more powerfully perceived, letting the abandoned object flourish with its own life maybe for the last time. 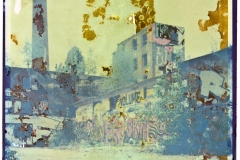 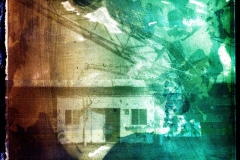 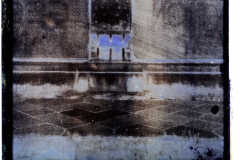 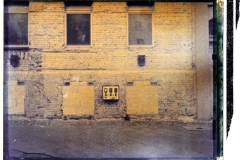 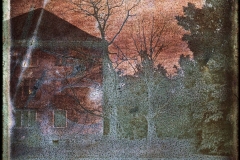 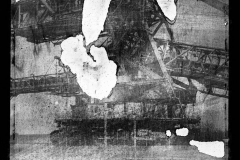 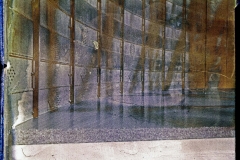 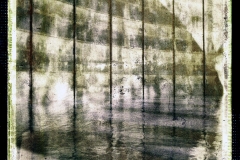 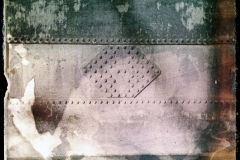 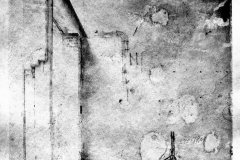